Angela leads communications for the Better Than Cash Alliance, working closely with colleagues at global, regional and national level across Africa, Asia and Latin America.

A former journalist, Angela has worked on communications and advocacy in development cooperation and humanitarian affairs for 15 years. Prior to joining the Alliance in 2015, Angela was the Head of Communications and Deputy Director at Oxfam’s European Union Office, in Brussels. She has also worked for other leading NGOs and think tanks, including Crisis Group and the European Youth Forum, as well as for the private and public sectors, including the European Commission and China Central Television, in Beijing. 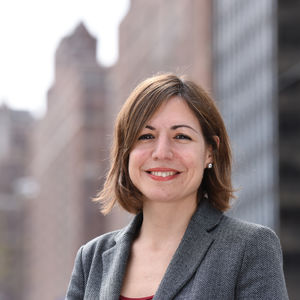