Many Ivoirians were concerned that the 2015 presidential elections would lead to renewed conflict, particularly after the violence surrounding the elections of 2010.

One successful peace-promoting initiative in the country used radio broadcasts to share messages about reconciliation and the need for ongoing peace during the election period. Payments were made through mobile money to artists who participated, allowing the organizers to focus their attention on making the radio shows a success, rather than spending their time at the bank to withdraw cash and then making cash payments.

USAID’s Office of Transition Initiatives’ Cote d’Ivoire Transition Initiative 2 (CITI 2) program, along with Radio Yopougon, one of the most well-known radio stations in Abidjan, developed radio broadcasts and roadshows in communities that were hit by violence during the previous elections, to share messages to the station’s 1.2 million listeners in innovative ways. The radio roadshows featured a master of ceremonies who led discussions, as well as artists, singers and dancers, who engaged the crowd and appealed to youth.

To increase transparency and efficiency, CITI 2 began using mobile money payments to support the radio roadshows, with digital payments to vendors and artists. The transition to mobile payments allowed the radio station to focus on events instead of spending time traveling to, and standing in line at banks.

With two roadshows a month and five vendors per show, this meant a lot of time saved and a better record of payments. According to Sangaré Doug Sanguard, Program Director at Radio Yopougon, “If the vendors are paid and satisfied and our program continues, we are happy.”

This sentiment was echoed by vendors. Mounkyla Diallo, a local radio event coordinator, liked the ease and flexibility of receiving funds via mobile money to pay artists and audio equipment providers. He found that using mobile money saved him time as well, as he could go to a local mobile money agent as late as Friday or Saturday night and quickly pay providers prior to the next morning’s event.

“It gives me more time to do my job,” said Diallo, “compared to a bank where I need to go through a long queue to get it done,” he said.

Mobile money also improves security for Diallo, because he no longer needs to guard or carry funds for the radio roadshows. He has also expressed the desire to issue payments himself in the future, using mobile money for enhanced security and efficiency.

CITI 2 supported radio roadshows helped reach a broad audience, with a total of 16,800 Ivoirians participating in events like reconciliation discussions and theater awareness activities. Since starting to use mobile money payments to facilitate program activities, CITI 2 has made a total of 758 payments to 332 different users and continues to use mobile money payments as safer, more transparent payment alternative to cash disbursements. 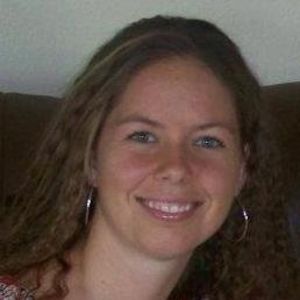