Is Cash the Enemy of the Poor?

In wealthy countries, most people conduct their financial activity in digital form; money and value is stored virtually and transferred instantaneously with a touch of a button, and the system provides an easy access to a wide-range of financial services. In contrast, most poor households operate almost entirely in the informal economy, using cash, physical assets (e.g. jewelry and livestock), or informal institutions to meet their financial needs.

First, it is riskier and costlier for them to send, store, and receive money, and when large problems arise, such as a major illness in the family, the tools often break down completely, leaving households exposed. Second, it marginalizes poor households from the formal economy because it makes it costly for financial service providers and other institutions (e.g. governments, utility companies) to contract with them.

According to the Global Findex survey, of the 2.5 billion people who live on less than $2 per day, three quarters do not have a bank account and most of these also lack credit and insurance. Financial exclusion is the most severe among women and rural residents: globally, 47 percent of women (vs. 55 percent for men) and 22 percent of rural residents in low income economies have a bank account (vs. 35 percent in urban areas).

Although, poor households lead very active financial lives, the market has failed to serve the poor with formal financial services because building and maintaining the bank branches, ATMs, POS terminals necessary to facilitate access to the formal system is expensive and often not profitable in poor areas.

The best way to reduce the costs of reaching poor people with financial services is to help shift the majority of their cash-based transactions into digital form which will strip the majority of costs out of the system and enable robust commercial efforts.

Communication technology now offers innovative new ways to make payments through mobile phones, smart cards and other electronic means. In fact, instruments like mobile money have the ability to reach poor and rural communities faster than any traditional bank. Since its launch in 2009, the Pakistani mobile money deployment EasyPaisa has quickly penetrated lower income segments with 40 percent of active users living on less that 2.5$ a day.

Today across the world, government institutions, multinational companies and donor agencies make billions of dollars of cash payments to poor households every month. These payments include salaries, payments to vendors, pensions, social welfare stipends, cash-for-work programs, and emergency relief payments. Not only are cash based payments costly and inefficient, they represent a missed opportunity to bring poor people into the formal, digital financial system.

The Better than Cash Alliance is a partnership of governments, NGOs and businesses that believe there is real value in creating an electronic financial services infrastructure that the world’s poor can use. By joining the Alliance, these organizations agree to convert their payments into digital form, strengthening the digital financial infrastructure and fostering the poor’s access to the formal financial system while benefiting from a wide-range of benefits.

Once poor people are connected to institutions like utility companies, enterprises & governments through an e-payment system, transactions can be made instantly. Social welfare payments could reach households directly without some (or all) of that payment being diverted to unintended beneficiaries. Electricity bills could be paid with a push of a few buttons instead of traveling to an often distant office with a handful of cash and waiting in a long queue.

A growing body of evidence also suggests that poor people will experience direct welfare benefits from access to electronic financial services. A rigorous analysis of Kenya’s mobile money system, M-PESA, shows that usage of the product allowed households to sustain their consumption spending, especially on food and education, at times of unexpected illness. Even marginal improvements in savings tools can generate sizable welfare effects in some contexts. In two separate field experiments, having harvest proceeds direct deposited to commitment savings accounts in Malawi resulted in a 30 percent increase in farm inputs, a 22 percent increase in revenues, and a 17 percent increase in household consumption. In Kenya a similar study using fertilizer savings vouchers resulted in a 39 percent increase in fertilizer usage by poor farmers.

Organizations would also benefit from a wide-range of advantages. In fact, a recent report by the World Bank found that governments can cut up to 75 percent of costs through electronic payment programs, while significantly reducing the delivery of funds to poor households. Digital financial services also increase speed and transparency. A recent study following the earthquake in Haiti found that delivering aid via mobile money cut the delivery time from 12 to 5 days. In Afghanistan, when Police officers started receiving their salary through mobile phones, it prompted them to think they had received a 30 percent raise. Instead, they were actually being paid their true salary rather than seeing funds being “taken off the top” by those managing the payments.

And most important to our work, digital financial services have the potential to reach the over 2 billion people not currently served by the formal financial system.

While cash will most likely have a role in developing economies for many years to come, there is emerging evidence that connecting poor people to digital payment systems can help them get and stay out of poverty. By helping organizations digitize payments to poor recipients, the Better than Cash Alliance can help build a cash-lite society including millions of poor households in the formal economy and help them build financial security and live healthy, productive lives. 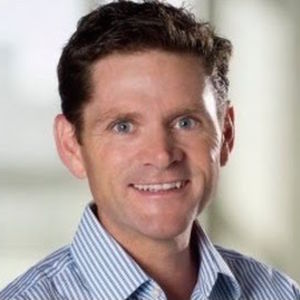 Director, Financial Services for the Poor initiative at Bill and Melinda Gates Foundation

Rodger Voorhies is director of the Financial Services for the Poor initiative, and leads the foundation’s effort to make high-quality financial services widely accessible to poor people throughout the developing world. The Financial Services for the Poor team works with a wide range of public and private sector partners to foster the development of digital payment systems – such as mobile money – that can reach hundreds of millions of people with the financial tools they need to mitigate risks and capture opportunities to move out of poverty.

Director, Financial Services for the Poor initiative at Bill and Melinda Gates Foundation