In key move to recover from the economic impact of the Ebola crisis, Nation joins the Better Than Cash Alliance

NEW YORK, NY – 03 June 2015: The Government of Sierra Leone today announced that it has joined the Better Than Cash Alliance to advance its transition from cash to digital payments – a crucial part of its plan to drive a national economic recovery in the wake of the Ebola crisis. By becoming a member of the Alliance, the Government of Sierra Leone aims to improve the efficiency of payments for social welfare programs and to government employees, setting the foundation for additional advances in its economy. 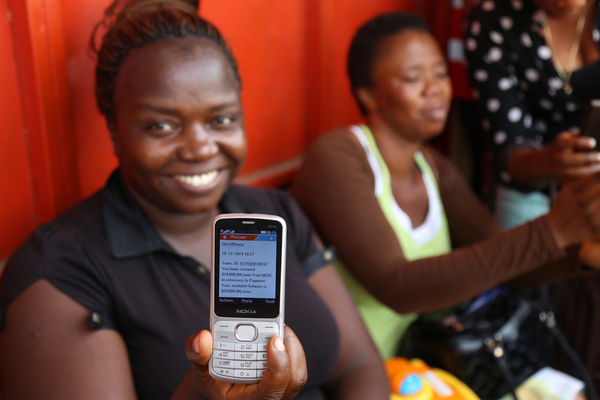 Digital payments have increased inclusive growth and payroll efficiency in many countries. “It is our hope that Sierra Leone will build on the existing digital payment system, expand implementation and add value as one of the efficient tools for our economic recovery following the Ebola crisis, and for delivering long-term economic growth to the people of Sierra Leone” said Dr. Kaifala Marah, Minister of Finance and Economic Development.

“It could not have been a better time for Sierra Leone to join the Better Than Cash Alliance, as the Government and its development partners gear up to make large-scale social safety net payments to the hundreds of thousands affected by the Ebola crisis and need immediate help to recover,” says Mr. Sudipto Mukerjee, United Nations Development Programme’s (UNDP) Country Director for Sierra Leone.

Last year, under the United Nations Mission for Ebola Emergency Response (UNMEER), the UNDP partnered with government authorities to coordinate payments to Ebola Response Workers. Working with experts from the United Nations Capital Development Fund (UNCDF) and the Better Than Cash Alliance, the Government of Sierra Leone registered and paid more than 16,000 response workers via mobile money in just three days in December 2014. This has expanded to a combination of bank accounts and mobile money to 22,000 response workers in March 2015.

“Sierra Leone is a good example of digital payments,” said Dr. Ruth Goodwin-Groen, Managing Director of the Better Than Cash Alliance. “The country’s quick adoption of innovative payment technology for Ebola Response Workers accelerated their response efforts, increased transparency, helped attract and retain the workers so badly needed, and created a foundation on which they can build for the future”.

The Better Than Cash Alliance is a UN partnership of governments, companies and the development community that is committed to moving from cash to digital payments in order to drive economic growth and empower people. The Alliance is funded by The Bill & Melinda Gates Foundation, Citi, Ford Foundation, MasterCard, Omidyar Network, United States Agency for International Development, and Visa Inc.Sierra Leone joins over 35 other Alliance members, and will have access to the knowledge and technical expertise offered by the Alliance and its members to accelerate the shift to digital payments, helping to advance economic recovery and expand financial inclusion to all citizens of Sierra Leone.

About Better Than Cash Alliance

The Better Than Cash Alliance partners with governments, the development community and the private sector to empower people by shifting from cash to electronic payments.The Bill & Melinda Gates Foundation, Citi, Ford Foundation, MasterCard, Omidyar Network, USAID and Visa Inc. are funders and the U.N. Capital Development Fund serves as the secretariat. To learn more, visit www.betterthancash.org, follow @BetterThan_Cash and subscribe for news.

About the Ministry of Finance and Economic Development, Sierra Leone

The Ministry of Finance and Economic Development is a key arm of the Government of Sierra Leone mandated to formulate and implement sound economic policies and public financial management, ensure efficient allocation of public resources to promote stable economic growth and development in the context of a stable macroeconomic environment. To learn more, visit http://mofed.gov.sl/.